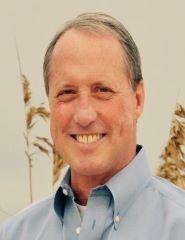 Born in Burlington, NC on September 29, 1953, he was the son of the late Charles George Bingenheimer, Sr. and Harriet Ives Bingenheimer. A proud Eagle Scout, he graduated from Walter Williams High School and The University of North Carolina at Chapel Hill with a BS in Business Administration. He was also a member of the Chi Phi fraternity. Upon graduation from UNC, he began working for Thomas, Stout, Stuart, Core & Stuart, CPAs where he later became partner and met his mentor and lifelong friend, Phil Stuart. He held various VP, Controller, Treasurer and Chief Financial Officer positions throughout his long and distinguished career. He was Sr. Vice President, Treasurer and CFO of Kingsdown, Incorporated and had recently retired from Carolina Narrow Fabric Company in Winston Salem where he served as Executive VP, Treasurer and CFO. He was also a licensed CPA in the state of North Carolina for over 40 years.

Bing had a deep love for Christ, a strong faith and was active in many churches in Burlington before relocating to Ocean Isle where he attended Camp United Methodist Church. He loved life and never met a stranger. He loved his “Babydoll”, the beach, his family and friends, spending time with his children and grandchildren, playing golf through the years, creating spreadsheets, and telling stories with his quick wit and charm to people over an occasional beverage or two at one of his favorite local bars.