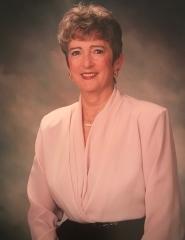 Irma Jackson Hilley Slater, age 87, of Calabash, NC passed away on Monday, January 6, 2020 at her residence. She was born on December 22, 1932 in Iva, South Carolina, the daughter of the late Luther Allen Hilley and Harriet “Hattie” Campbell Hilley. She was the youngest of 8 children. Irma was preceded in death by her husband of 36 years, Victor Othma Bossert Slater, Jr. and later, her life partner, Wayne D. Rupert.

Irma was an active member of St. Stephen’s Episcopal Church in North Myrtle Beach, SC.   She loved playing bridge, knitting, gardening, reading and going to the movies. She was an avid crossword and jigsaw puzzle fan - in fact, jigsaw puzzles were always on the table on her porch and framed on the walls, and crosswords were in every room of the house! However, her favorite times were those spent with family. Lasting memories were made on “the dream trip” to Hawaii, complete with snorkeling and helicopter rides. She loved being active with her daughters and their families and was no sideline observer by any means! She made her family and friends laugh at her skits, games of dominoes, wits and wagers, guesstures, rat-a-tat-cat, and bowling. She loved Carolina tailgates and corn hole, as well as riding on the party barge and watching the fireworks at Kerr Lake on 4th of July. Irma loved the beach and collecting seashells, which she was doing the day before she passed. Her visits to New York brought fun times betting on the ponies at Saratoga! Visits to Florida brought many trips to The Freezer for shrimp and shopping at Pepper Creek Pottery in Homosassa! Perhaps her family’s favorite was her love of music and dancing. She always danced like no one was watching - the beach shag being her favorite. The world was a better place with her in it. Irma’s legacy will live on in each of her children and grandchildren.

A funeral service will be at St. Stephen’s Episcopal Church, Saturday January 11, 2020 at 11 a.m. with a celebration of her life following the service.

In lieu of flowers, memorial donations in memory of Irma may be made to:

Private on-line condolences or remembrances may be sent to: www.brunswickfuneralservice.com