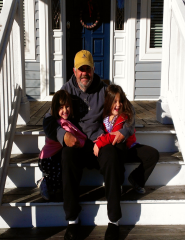 Born in Canton, OH on December 5, 1951, he was a son of the late Romie G. McFarland and Barbara Barillo-va McFarland. In addition to his parents, he was preceded in death by a brother, Ronnie McFarland.

He attended both Ohio State University and Kent State University. He was a USAF veteran having served in Vietnam and a member of the VFW. He was retired from Crown Cork and Seal Company having been a senior manager.

Services will be held for immediate family.