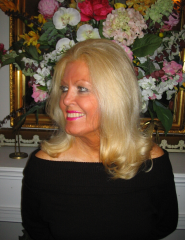 Born in Clarksdale, MS on June 21, 1943, she was the daughter of the late Bertrand Dewey McCallister and Margaret Ruth Lovell McCallister. In addition to her parents, she was preceded in death by her brother, Reverend Thomas B. McCallister.

A Celebration of Life will be conducted at a later date to be announced.