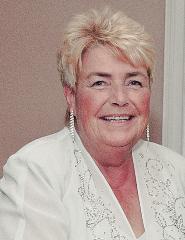 Born in Noxen, PA on October 10, 1947, she was a daughter of the late Phillip Dale Dendler and Ruby Joy Keiper Dendler.

Phyllis spent her childhood and youth in Rochester, MN.  She graduated from John Marshall High School in 1965 where she was active in the Glee Club and the John Marshall Rockette Dance Line.  She went to work for IBM Rochester directly from high school.  Working for IBM, she re-located to Danbury, CT, where she met the love of her life, Richard O’Connor.  In 1992, Phyllis and Richard were wed.  Along with marriage, came three boys, who Phyllis loved and raised as her own.  Phyllis took early retirement from IBM and worked for Grubb and Ellis until she fully retired in 2004  and moved to Ocean Isle Beach, NC.  She developed a passion for supporting her Ocean Ridge community.  She served as board member of ORCA (Ocean Ridge Charitable Association) for many years.  She was instrumental in organizing many charitable events for Hope Harbor and the Rose House.  Later in life, she joined the Ocean Ridge Quilting Guild and became a very accomplished quilter, creating original designs for all her family , friends, and charity organizations.