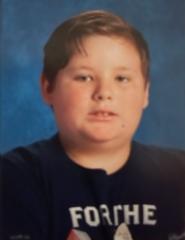 Born in Brunswick County, North Carolina, on December 22, 2009, he was the son of Donald Ray Nealy and Crystalina Marie Spina Nealy of Ocean Isle Beach.

He was a seventh grade student at Shallotte Middle School.

Services to be announced at a later date.