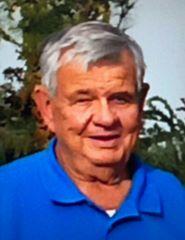 Born in White Plains, NY on July 26, 1938, he was the son of the late James Paynter and Dorothy Bull Paynter, also preceded in death by his wife of 54 years, Barbara Claus Paynter.

He was a retired Engineer in the Aviation Industry, and an active member of Little River United Methodist Church.

Services will be held at a later date.