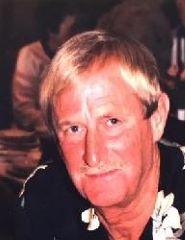 Born and raised in Salisbury, N.C., the son of Albert Vernon Crawford, Sr. and Elva Pope Crawford, he was a long time resident of Ocean Isle Beach, N.C. for forty years.

Al was best known for his compassion and generosity for others. He was a proud member of the Shallotte Masonic Lodge #727 AF&AM and the Oasis and Sudan Shrine Temples. He was also a Firefighter for nearly 50 years, serving as the Fire Chief from 1997 to 2007, often one of the first to rush in a burning structure to save lives.

He owned every type of business from a skating rink to a creamery, and even designed a winch to hoist groceries for elders. He started a successful Mechanical business at Ocean Isle Beach in 1982 and grew the business every year. But as progressive as he was in business, he still carried a flip phone for his day to day communications.

Al was also known for his love of Corvettes and restoring antique cars that had been in the family for generations.

Al was a beloved member of the community and will be greatly missed by all of his family and friends.