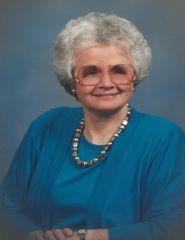 An accomplished singer and songwriter, Nana written dozens of songs through the years. She especially loved Southern Gospel Christian music and the praise band at her church, Eastside Fellowship in Shallotte.
She served as the church matriarch for many, many years. She loved her church family with all of her heart and would pray for anyone in need at the drop of a hat. Faith defined Nana's life.
A devout Christ-follower who placed her faith above all else, Nana spent her years focused on faith, family and fellowship. She was actively involved in church and family activities until she passed away last week.

Funeral services will be held on Saturday, September 11,2021 at 2:00 pm in Eastside Fellowship, Shallotte.

The family will receive friends one hour prior to the service.