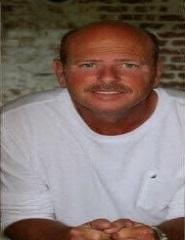 Andrew (Andy) Craig Kelly, Sr. age 60 of Loris, SC formerly of Shallotte, NC lost his battle with cancer on May 5, 2021 surrounded by his family and friends.

Andy was born in Greensboro, NC on June 13, 1960 a son of the late Charles F. Kelly and Betty Sharpe McMillan. He also was preceded in death by one brother, Ray Kelly.

Andy was a Marine Veteran and had a career in law enforcement beginning at the Mecklenburg Sheriff’s Department in Charlotte retiring in 2009 from the Shallotte Police Department. After retirement, he owned and operated TK’s Diner for a period of years. Andy had a great love for the citizens of Shallotte and considered everyone a friend. He was known for his love of cooking and never met a stranger. He was a member of the Brunswick County FOP #503 and the Blue Knights International.

A celebration of Life service is planned for Saturday, June 26, 2021 at 2:00 PM at Brunswick Funeral Service, Shallotte Chapel by The Reverend Jason L. Benton officiating. Family will receive friends one hour prior to service.

In lieu of flowers memorials may be sent in honor of Andy Kelly to the Crescent Hospice in Conway, SC.

Online Condolences may be sent to the family at www.brunswickfuneralservice.com.