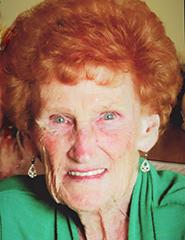 Barbara Carrol, age 83, of Supply formerly of Poughkeepsie, NY passed away on Wednesday June 12, 2019 surrounded by her loving family.

She was born in New York, on July 11, 1935 the daughter of the late, Michael Flanagan and Elizabeth McGrath Flanagan. She was preceded in death by a brother, James Durant

Mrs. Carroll was a member of St. Brendan the Navigator Catholic Church in Shallotte, NC. She was a founding member of the Nine Hole Golf League at the Lockwood Folly Golf Course. She was very active in her community, where she help to organize the St. Patrick Day Dance, love to play Bridge, Golfing and Reading and was a member of the Red Hatter’s Club. She will be greatly missed.

A funeral mass will be held at ten o’clock Monday June 17, 2019 at St. Brendan the Navigator Catholic Church, 5101 Ocean Highway West Shallotte, NC. Burial will be held at a later date in New York.

A time of visitation will be held from three to five O’clock on Sunday June 16, 2019 at Brunswick Funeral Service Shallotte Chapel, 5229 West Shallotte.