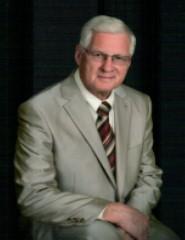 Bobby Melvin Long, 80, of Ocean Isle Beach died October 29, 2019, at his home. He was born on February 3, 1939, to J. Earl Long and Athalia Hewett Long. He was a 1957 graduate of Shallotte High School where he was voted Most Athletic. After graduating from North Carolina State University, he accepted employment with the US Department of Agriculture as a Soil Scientist serving first in Virginia, then Charleston, SC, and later to Moncks Corner, SC. In 1990 he authored The US Department of Agriculture Soil Conservation Service and Forest Service Soil Survey of Berkeley County, South Carolina.

In 1968, he was licensed in South Carolina as a land Surveyor, and a year later signed his own North Carolina license as Chairman and Secretary of the Board of Engineers and Land Surveyors. He also served on The National Council of Examiners for Engineering and Surveying. Bobby Long & Associates was established in 1976 when he and his family moved home to Grissettown, North Carolina.

He served on the Brunswick County Planning Board for more than fifteen years, and as a trustee of Brunswick Community College. He also held a North Carolina Real Estate Brokers License for more than twenty years.

Bobby was truly a community servant and a dedicated soil scientist and surveyor, but his true passion was his family and his church. He was a deacon at Old Shallotte Baptist Church for more than forty-one years where he also served as a Sunday School Teacher and with Gideon’s International. He was also a member of Shallotte Rotary Club, and recipient of The Order of the Long Leaf Pine.

Funeral Service will be conducted at 2:00 PM, Friday, November 1, at Old Shallotte Baptist Church by The Rev. Rory Thigpen and The Rev. Landis Lancaster. Interment will be in Mintz Cemetery.

The family will receive friends from 6:00-8:00 PM, Thursday, at Brunswick Funeral Service, Shallotte.