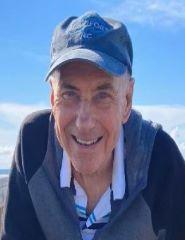 Born in Baltimore, MD on April 20, 1945, he was the son of the late Otto Krpejs and Alma Ochs Krpejs.

A native of Maryland, Bryan Krpejs had a lifelong love for all things nautical. He studied at the Maryland Institute College of Art, where he learned the art of watercolor painting, acrylics and pen and ink.

Krpejs worked primarily in watercolor, but he also painted in acrylic, pen and ink, gouache, casein and oils. His favorite subjects were nautical themes and architectural landscapes.
Local awards include a Second Place in the Silver Coast Winery Viognier label competition; the Waterway Art Association Spring Show Honorable Mention (2012, 2005), Merit Award (2006), and Award of Distinction (2007); BB&T Bank corporate purchases (2006 and 2005); and Associated Artists of Southport Honorable Mention (2010 and 2007). Krpejs’s work is still exhibited at Sunset River Marketplace art gallery in Calabash, N.C. His works were featured in the gallery’s group nautical-themed show The Sailing Life. He was a member of Studio 12, a painting group that worked out of Sunset River Marketplace each week. He was also a member of Waterway Art Association and Brunswick Arts Council.

No local services are planned at this time.