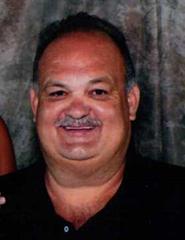 Charles “Derrick” Williamson, born June 18, 1961 affectionately known to all that loved him as “Bull,” died unexpectedly of natural causes on Tuesday, July 5, 2016. Derrick attended Whiteville High School where he excelled in many varsity sports and also served as 1979 Senior Class President. He then graduated from East Carolina University with a Bachelor of Science Degree in Industrial Technology. In the early 1980’s he began work with their family business of Williamson Realty Vacation Rentals with his beloved mother and brother and an office staff that loved his wit and no nonsense approach to life. His personality was described as “Bigger Than Life,” and a great judge of people and places. Also a member of Camp United Methodist Church, Derrick was admired for his advice in life and the things that mattered the most: God, Family, Friends and a good work ethic. As a youth he attended Pleasant Plains Baptist Church in Whiteville, NC where he played on the award winning church basketball team, “ The Pleasant Plains Playboys.” In the fall of 1980 he met his college sweetheart at ECU, many great times were shared with Kate and his ECU friends. In 1995, the love of his life was born, Katherine Summer Williamson. Derrick and Summer shared a mutual respect and special bond of love. She always looked to her daddy for wisdom, advice and unconditional love. He will be greatly missed by his wife of 28 years Kate Brooks Williamson, daughter Katherine Summer Williamson, his beloved mother Betty Smith Williamson, father Henry Frank Williamson, older brother Frank Williamson and wife Teresa all of Ocean Isle Beach, his in-laws Bill and Betty Brooks of Polkton NC, sister- in- law Amy Bennett and Kevin & Carol Brooks and nieces. Also a host of special cousins, friends and co-workers whom he loved dearly. Derrick’s love, wisdom and quick wit will live on in us all forever.

Memorial service will be conducted on Friday, July 8, 2016 at 4:00pm in Camp United Methodist Church. A visitation will be held one hour prior to the service at the church.