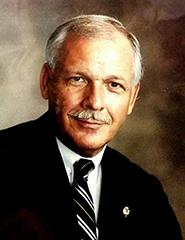 He was born in Conway, SC on June 4, 1937 the son of the late Grady Lee Smith and Gertrude Mary Prince Smith.

He grew up in Charleston, SC and graduated from Rivers High School. Charles proudly served his country in Korea in the U.S. Air Force and later entered officer candidate school in the U.S. Army and ultimately was honorably discharged as a First Lieutenant in the National Guard. He returned to Spartanburg, SC for over twenty years where he was a partner in an insurance agency, Cordell, Willis and Smith. Moving to Ocean Isle Beach, NC in 1990 where he started CWS Insurance Agency and was well respected in the insurance industry, having earned a CPCU designation and taught courses and served on state insurance boards.

Charles was an active member of the Sertoma Civic Club in Spartanburg, SC. His commitment and dedication to helping others lead him to serve as Sertoma International President 1989-1990 and was dedicated to serving his community and others. He served on the Brunswick County Chamber of Commerce on NC State Insurance Boards and started a local chapter of Sertoma in Ocean Isle Beach and loved the local shag club.

Charles is remembered for his quick wit, love of his family and friends and his cowboy hats and boots.

A celebration of life will be conducted Friday, February 24, 2017 at 11:00 am in the Brunswick Funeral Service Chapel. The family will receive friends one hour prior to the service.