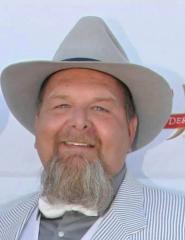 Clint Byron Humphrey went to be with his Lord and Savior December 18th, 2021. Clint was born March 22nd, 1963, to the late Charles and Jane Humphrey. He is survived by his wife of 37 years, Tori Musselwhite Humphrey; daughter, Victoria Clyn Bellamy and husband, Morgan and their sons, Rivers and Brooks Bellamy; son, Seth Byron Humphrey and his fiance Megan. He is also survived by his brother, Daniel Humphrey (Christy); sister-in-law Thayel Caison (John); nieces, Jenna Caison, Ava Caison, Tabitha Humphrey and nephew, Mitchel Humphrey and a host of other extended special family and friends.

He was employed by Brunswick County Public Utilities, Clint loved all things Mopar, Harley Davidson, studying his Bible, spending time with his family and friends, and especially being a Papa Bear to his grandsons.