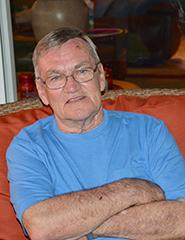 Born on February 27, 1944 in Columbus County, NC, he was the son of the late Lawrence V. Stanley and Erma Edwards Stanley. In addition to his parents, he was preceded in death by a daughter, Cammie “Candy” Stanley.

He was retired from Federal Paper Company after 34 ½ years of employment. He was a member of the NC National Guard after eight years of service, and was a member of Shallotte Masonic Lodge #727 AF & AM.

A Celebration of Life will be conducted at 11:00 a.m., Saturday, June 15, 2019 in the Brunswick Funeral Service Chapel by the Reverend Richard Stone. Burial will follow in Brunswick Memorial Gardens.

The family will receive friends one hour prior to the service at the funeral home.