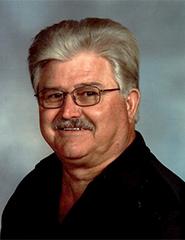 Born in Columbus County, NC on August 17, 1941, he was the son of the late D.L. Tyree and Alpha Wright T. Russ. In addition to his parents, he was preceded in death by his son, Douglas Leon Tyree; his step-father, Dennis Russ; brothers, Clem Russ, Dorsey Russ, Ottis Russ, and sister, Irene Grainger.

He retired from Duke Energy Corp. and was an avid fisherman.

Funeral services will be conducted at 2:00 pm Monday, August 12, 2019 in the chapel of Brunswick Funeral Service by the Rev. Tom Canady, the Rev. Jeff Russ, and the Rev. Jason Benton. Burial will follow in Longwood Baptist Church Cemetery.