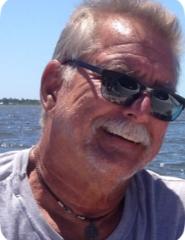 David grew up in Bayonne NJ and attended St Joseph Elementary School and Marist High School. David achieved the rank of Eagle Scout and was a Scout Master for several years. He was predeceased by his Mother Margaret Juchniewicz Blasiak. He is survived by his loving family,  his wife Jane Campbell Blasiak and his sons Mark Blasiak and Brenda and John Blasiak. He was a devoted Pop Pop to his Grandchildren Marley, John Joseph “JJ” and Layla. He cherished every moment he spent with them. He was looking forward to the arrival of Baby Boy Blasiak in July. He has left behind his sister Peggy and brother In law Michael Cione and brother Michael, and sister in law Sherrie, his Campbell Family of in laws, many aunts, uncles, and cousins. He was a loving Uncle to many nieces and nephews and grand nieces who were all very special to him. David also leaves behind many close friends whom he considered family.

The family plans to have a celebration of life at a later date. In honor of David Blasiak’s memory the family has requested that donations be made to  https://www.stjude.org/donate/donate-to-st-jude.html?sc_icid=home-btn-donate-now.

On line condolences may be made to www.brunswickfuneralservice.com