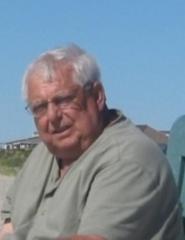 David Wayne Williams, 75, of Shallotte, NC, died July 31, 2020. Born in Brunswick County on January 25, 1945, he was a son of the late Robert H. Williams and Lena Belle Milliken Williams. In addition to his parents, he was predeceased by a brother, Phil Williams.

He was a retired power plant engineer who enjoyed searching genealogy.  He was in the process of completing a book dealing with the early years of growth in Brunswick County, especially the Village Point Area and his family. He was an avid fisherman who enjoyed camping outdoors. He was the class reunion coordinator for the Shallotte High School Class of 1963. He was active in Village Point United Methodist Church where he created blueprints for the fellowship hall and built crosses that adorn the inside and outside of the church as woodworking was one of his multiple hobbies.

A private Celebration of Life will be conducted at Village Point United Methodist Church.