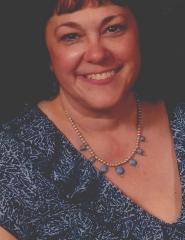 Diane Marie Rosa, 68, passed away peacefully at her home, Monday, May 4, 2020, surrounded by her family, her loyal dog and grand-puppy.

Diane was born April 11, 1952 in Englewood, NJ. She grew up in Jersey City, NJ until her family moved to Lake Hiawatha, NJ. She attended Parsippany High School where she met her future husband and love of her life, Richard Rosa, or “Richie” as she endearingly called him. Upon graduation in 1970, she was voted “Most Friendly” by her peers, took first place as the “Miss Future Business Leader of America” NJ State Champion and achieved the “Most Outstanding Business Student” award.

Diane and Rich were married on June 2, 1973. Although, Diane had various jobs, including being a secretary for Exxon Research and Engineering in Florham Park, NJ, an AFAA certified aerobics instructor and general manager of To Your Health exercise studio in Flanders, NJ, the role she was most proud of in life was being a loving wife, devoted mother and homemaker.

Diane and her husband moved to Cranberry Lake, NJ in 1979, where she loved raising her children. She was a volunteer and member of the Women’s Association of the Cranberry Lake Community Club.

Diane was honored to be a CCD teacher for 17 years at St. Michael’s Roman Catholic Church in Netcong, NJ, a Cub Scout and Girl Scout leader for her two sons and daughter, and actively involved in all of her kid’s activities. She was a tireless advocate for her children, and the wind beneath her family’s wings.

Diane enjoyed china painting and went on an annual mother-daughter trip to Cazenovia College in Cazenovia, NY to study porcelain art. Diane was an avid quilter and member of numerous quilt guilds.

Diane had a zest for life and always said, “When opportunity knocks, open the door wide and enjoy every moment”. She seized every opportunity to travel, spend time with her family, and never passed up a party.

Diane not only learned to ride a motorcycle, but was honored to have won an all-expenses paid trip riding into Sturgis, SD with Karen Davidson, the great-granddaughter of company founder, William Davidson, William’s son “Willy G.” Davidson, and the Harley Davidson entourage after being selected as a winner in an essay contest Harley Davidson held promoting women riders.

After moving to East Millstone, NJ in 2004, Diane was thrilled to take flying lessons and learned to fly a Cessna 172. She became involved in the community as a Women’s Auxiliary Member of the East Millstone Valley Fire Department.

For many years Diane was a dedicated supporter, benefactor and volunteer for the Police Unity Tour, as well as for the Roxbury Township Police Department Explorer Post #188 in Roxbury, NJ.

Diane retired with her husband to Carolina Shores, NC in 2012. She was a parishioner of St. Brendan’s Roman Catholic Church in Shallotte, NC.

Known for her infectious laughter, generous spirit and compassionate heart, Diane will be greatly missed. A quote she lived by; “Wealth is not how much you have, it’s who you have beside you. – Unknown”

Diane is preceded in death by her son Michael Rosa, her parents Concetta and Walter Aliszewski, her parent-in-laws Amy and Charles Rosa, and brother-in-law, Robert Forte.

Diane is survived by her husband, Richard Rosa, son and daughter-in-law Richard and Jennifer Rosa, her daughter Kathryn Rosa, her brother and sister-in-law Frank and Nancy Allison, her sisters Lorraine Conklin and Joanne Bradbury, her sister-in-law Maryjane Forte and many loved aunts, nieces, nephews, and cousins.

The family plans to have a Celebration of Life at a later date. Online condolences can be sent to the family at www.brunswickfuneralservice.com.