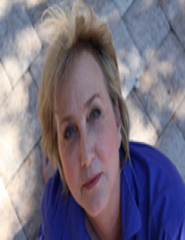 Dianne R. Hutchinson, 65, of Carolina Shores, NC, formerly of Bowie, MD, passed away peacefully on Thursday, December 26, 2019 after undergoing extensive treatment at New Hanover Regional Medical Center’s Zimmer Cancer Center. The love of her life for 47 years (married 45 years) husband Michael Hutchinson was by her side.

Born on November 20, 1954 in Cheverly, MD she was the daughter of Gordon and Grace Malmfeldt. In addition to her husband, Michael and her father Gordon, she is survived by her brother in-law Earle Hutchinson of Marriottsville, MD and her sister in-law Pam Hutchinson of Ocean Isle, NC. She was preceded in death by her mother Grace Malmfeldt in 1996 and her stepmother Ester Malmfeldt.

Dianne graduated from Parkdale High School, Riverdale MD in 1974 after which she worked as a Criminal Case Analyst and managed the Top Ten list for the Federal Bureau of Investigation (FBI). After marriage in October 1974, Dianne left the FBI and relocated to Fort Bragg, NC with her husband.

Upon completion of their service obligation in 1978 she returned to Laurel, MD and resumed work at the FBI.

In 1980 she left the FBI to pursue her love of art. She became the principle graphics artist for the Prince Georges County Little Theater organization and supported a variety of theater organizations around the Washington DC beltway to include The Little Theater of Alexandria. She quickly evolved into the areas of set design, set construction and acting. Her favorite roles included the stripper Electra in Gypsy Rose Lee and Essie in You Can’t Take It with You.

In 2012 Dianne and her husband relocated to Carolina Shores, NC, to support family. She was an enthusiastic participant and supporter of the Carolina Shores Water Aerobics group. In July 2015 she began to volunteer with a professional Framer at the Sunset River Marketplace Gallery, Calabash, NC, on a limited basis. In July of 2017 She was given the greatest gift she could have received a full time Sales Associate position at the gallery and the opportunity to return to her love of painting and art with a community of artists that welcomed her warmly. Dianne turned out to be a light of joy at the Gallery easily identifying those who needed a lift and motivating them with her ‘Happy Dance.’

Dianne struggled and survived for over 22 years fighting against multiple instances of various cancers.

She was deeply loved and will be deeply missed.

A Celebration of Life will be held at 11:00 am on Friday, January 3, 2020 at Brunswick Funeral Service Shallotte Chapel. The family will receive friends one hour prior to the service at the funeral home.

In lieu of flowers, please send contributions to the American Cancer Society, https://www.cancer.org/involved/donate.html, and/or the American Humane Association,https://www.americanhumane.org/get-involved/