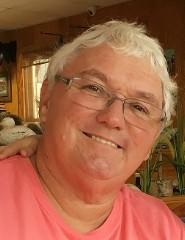 Pete attended Apex High School where he was a standout football, baseball, track and basketball star, graduating in 1964. He later attended Wingate College and then graduated from Campbell University after completing his service in Vietnam. He served two years in the Army, stationed with the Green Berets Special Forces Unit, receiving top secret intelligence clearance in order to work in a classified vault.

He received a bronze star and was honorably discharged from the Army in 1969. Pete returned to Holly Springs where he was a Mason and a Volunteer Firefighter with the Holly Springs Fire Department.

In 1974, he married Susan Marshall Brewer of Winston-Salem, NC and together they had four sons, Matt, Jason, Edwin and David. In 1998, Pete married Barbara Morgan Lohr of Lexington, NC.

Pete was a member of Wesley Memorial UMC in High Point, NC. After retirement, he and Barbara moved to the Sandpiper Bay community in Sunset Beach, NC where they attended Seaside United Methodist Church. Together, they enjoyed golfing, community activities and “doing whatever we want, because we’re retired.”

Pete loved to bake – he was famous for his chocolate fudge pies, and then later, all kinds of cakes (any flavor you would request, he would make it). He was known colloquially around the community as the “cake man.” He also had a reputation around the community as the “Christmas Balls man.” Each December, he would hang dozens of lighted Christmas balls in his trees, delighting the old and young alike.

His friends and family described him as happy, jovial and always willing to share a laugh and a smile with anyone he met. He was genuine, kind, loving and forever generous with his time and service to others. Pete’s personality was that of a true gentleman, and he never met a stranger.

Pete’s celebration of life service will be held at Seaside United Methodist Church in Sunset Beach, NC on Monday at 2:00 PM. Family will receive friends following the service at the church. Memorials may be made to polointhepines.org, by clicking the donate link. Donations can also be made to the following mailing address: Polo in the Pines, 5174 McGinnis Ferry Rd, #110, Alpharetta, GA 30005. Polo in the Pines is a non-profit organization that funds 100% of donations to pediatric brain cancer research and treatment.