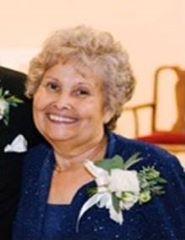 Born in Sampson County, NC on August 21, 1942, she was a daughter of the late Charles Whitchard Byrd and Blanche Matthews Byrd. In addition to her parents, she was preceded in death by her husband, Robert H. Gurganus, Jr., and a sister, Gwendolyn Byrd Cooper.

She was a retired insurance agent.

Private burial services will be in Brunswick Memorial Gardens.