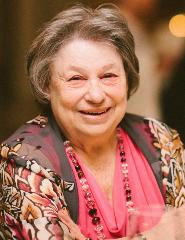 Lorraine was born February 2nd, 1937 in Philadelphia, PA to the late Francis and Ethel (nee Simpson) Konecsny.  She married in 1957 to the late Theodore William Koenig, preceded her in death 1994.  Lorraine lived most of her life in the Philadelphia/Southern New Jersey area where she raised her family, enjoyed social gatherings, painting, and spending time at the Southern New Jersey shore towns on the beaches and boating.  In 2011, Lorraine moved to Southport, NC with her son and daughter-in-law, living her last nine years in the coastal town of Southport at Carillon Assisted Living/Elmcroft.  There she enjoyed socializing with her co-residents and staff, listening to music, family nights, telling stories of her life, and singing along with the various musical entertainers that would perform at their social gatherings.

Private services will be in New Jersey.  In honor of E. Lorraine Koenig, the family requests with gratitude that memorial contributions be made in her name to Amedisys Foundation at Attn: Amedisys Foundation, Amedisys Incorporated, 3854 American Way, Suite A, Baton Rouge, LA 70816.