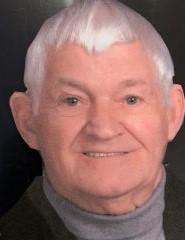 Eugene Pedersen-82 of Bolivia, NC passed away on September 25, 2020. Born on October 26, 1937 in Brooklyn, NY to Frederik Pedersen and Ellen Pedersen (Mortensen). He is survived by his wife of 62 years Audrey Bjornholm Pedersen, his sons Michael (Kathy), David, Richard and Douglas. He was blessed with thirteen Grandchildren and eighteen Great-Grandchildren. He was pre-deceased by his parents, his brother Frederik, his son Thomas and his Granddaughter Alyssa G. Lahti-Pedersen. Mr. Pedersen was a truck driver for over forty years for Carlson Ink Inc. in Brooklyn, NY. He and his wife were married on March 22, 1958 in Brooklyn and settled there until they moved to Staten Island, NY with their four sons in 1965. The family grew to five boys, and they remained on the Island until 1996, when they moved to Liberty NY to follow his wife’s calling to the ministry. They held residences in both Liberty, NY and Milansville, PA until relocating to Bolivia, NC in 2013. Mr. Pedersen had a fondness for fast cars. He loved the sight of the cars from the 1950’s and 60’s. He could tell you the make, model and year of the car from across the street. Mr. Pedersen was also a self-taught carpenter, and enjoyed doing his projects with his son’s! Mr. Pedersen was very proud of his Danish heritage, and talked often about the year he spent in Denmark post WWII. Services for Mr. Pedersen were limited to immediate family due to Covid restrictions. There will be a Celebration of Life for him at a later date. In lieu of flowers the family requests donations to the Alzheimer’s Association or any charity of choice.