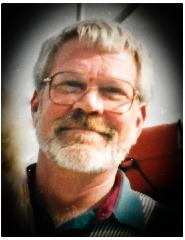 Garland was born on March 7, 1947 in Decatur, Alabama to the late Martha Faye Berry Ward and Garland Joyus Ward. He graduated from Decatur High School in 1965.

After graduating from University of Alabama in 1970 with a degree in electrical engineering, he began working for Duke Power at various locations throughout North Carolina. He retired from Duke in 1994 and moved to Ocean Isle Beach in 1997.

Garland’s favorite pastimes were hunting, fishing and being “Pawpaw” to his four grandchildren. He was known to occasionally swim in the Intracoastal Waterway with three different golden retrievers; Sadie, Beau and Izzy. Sometime he was swimming by choice, but more often than not, he was bringing them home from the far side of the waterway.

The family plans a Celebration of Life for close friends and family at a date to be determined.

Memorials may be made to one of his favorite charities, St. Jude’s Research Hospital for Children. Special thanks to Community Care and Hospice staff for assisting the family in realizing Garland’s wish to remain in his home for his end of life transition.

“And now these three remain: faith, hope and love. But the greatest of these is love.” 1 Corinthians 13:13.

On line condolences may be sent to www.brunswickfuneralservice.com.