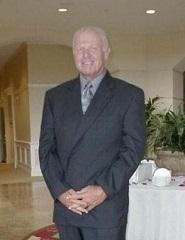 Gary Kelley died November 19, 2021. He was born in May, 1946, in Cumberland, MD, where he attended East Side School and Fort Hill High School, and spent summers with relatives near Pittsburg, PA. Moving to suburban DC, he attended Northwestern HS where he was selected to the SGA, was elected President of the service club, was selected to the Westinghouse National Symposium on Science and Humanity, and was a Merit Scholarship Finalist. He attended the University of Maryland where he was a member of Phi Delta Theta fraternity and participated in football. After graduation, he joined NASA and was selected to the Apollo Program where he was recognized as a member of the team that landed men on the moon and returned them safely to earth. At the end of the Apollo Program, he joined the National Institutes of Health where he was recognized for his contributions in the Heart Institute and for significant contributions to the war on Cancer. He attended graduate school at Johns Hopkins, and was selected NIH Director of Procurement and subsequently served as Director of the NIH Office of Contracts and Grants. He participated in research projects, site visits, and reviews at the University Medical Schools and research centers, presented seminars on contracts and grants. Gary received numerous awards including from the Director, NIH, the Vice President and the President of the United States. Gary was a member of St. Raphael’s Catholic Church and the Board of the Fallsmead homes corporation in Potomac and author of three books. He was a volunteer at Special Olympics, was a founding member and first President of the Montgomery Youth Lacrosse Association, was commissioner of the Rockville Football League, and President of the PTA. After retiring and starting his consulting company, Gary retired to Sunset Beach, NC. He was a member of St. Brendan’s Catholic Church where he volunteered at Loaves and Fishes and at Brunswick Hospital, served as President of the Ocean Ridge Plantation Property Owners Association, and co-chaired the coalition of county civic associations environmental committee. Gary’s first priority was his family. He died of natural causes, and is survived by his wife of fifty-two years Patricia, two sons, Brendon and his wife Jessica, of Rockville, MD, and Matthew and his wife Jamie of Plantation, FL, and three grandchildren, Keegan, Michael, and Christopher. A private memorial service will held with family. In lieu of flowers send contributions to Cat Tails Cat Adoption Service, a non-profit founded and led by Gary’s wife Patricia.