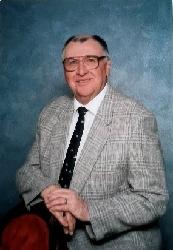 George Joseph Vlasic, 91, of Calabash died April 17, 2022. He was born March 19, 1931, in Monessen, Pennsylvania, a son of George Vlasic and Angela Zoretich Vlasic Kilpela. In addition to his parents, he was preceded in death by a son, Gregory; sister, Evelyn Sessi; and a brother, Donald Kilpela.

He received his BS Degree from California University of Pennsylvania and his Master’s Degree from Westminister College. He was a beloved and respected Guidance Counselor at Butler Area Senior High School in Butler, Pennsylvania, before retiring in 1987.

In 1997, George and his beloved wife, Nancy, were among the first to purchase a home in the Brunswick Plantation and Golfing Resort in Calabash, North Carolina. With golfing, enjoying the beach, and traveling, their lives were full, but he found time for active participation in the Pennsylvania Association of School Retires, the American Legion, and the Elks where he was a sixty-six year member.

Surviving, in addition to his wife, Nancy Rodgers Vlasic, are his son, George Vlasic, Jr. and his wife Arlene; his daughter, Sherilyn Mazurek and her husband, Shawn; and his adored grandchildren, Taylor, Gillian, Christian Corinne and Cole; and his brother Edwin Kilpela.

Family and friends are kindly invited to a memorial service honoring George’s life at 11:00 AM, April 30, 2022, at Little River United Methodist Church where he and Nancy worshipped.