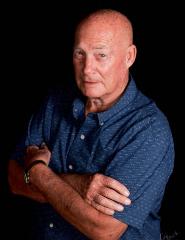 In addition to his son Glenn, he was preceded in death by his parents, several close friends, relatives and beloved family dogs and cats.

Gerry was a graduate of Saint Philip Catholic High School and Kellogg Community College in Battle Creek, MI. He continued his education at Western Michigan University.

When young and throughout his school years, he worked in his family’s dry cleaning business. Still in college, Gerry joined the Battle Creek City Police Dept., while on the force he began building homes, soon forming his own company. He designed and built custom homes in Michigan, Virginia and North Carolina, for the next 35 years.

After a retirement move to Oak Island, he pursued his love of flying, by becoming a Certified Flight Instructor, opening Oak Island Sport Planes, instructing, designing and building Ultralight and Experimental sport airplanes.

Currently and for many years, he enjoyed and took pride in his work as Dispatcher with the Cape Fear Pilots Association.

In younger years, he volunteered at local schools coaching JV football and track and as a work place mentor in home construction. Recent years he gave numerous ultralight rides and demonstrations, and was a turtle nest parent. He was a friend to the homeless, people and animals. Gerry loved animals, he especially liked feeding cats at the tower, the squirrels, raccoons, and birds that showed up in his yard.

Gerry was a runner, participated in triathlons, local road races and twice completed the Boston Marathon. He played tennis and ran with his wife, and spent many summers sailing and boat camping with his family on Lake Michigan. His creative talent shined in the homes, boats, airplanes, and furniture he built. He was an avid reader of mysteries and anything science.

In addition to devotion to his family Gerry is remembered for his humor and his appreciation of being in the air or on the water, simply enjoying the wonder and beauty of both.

He was a member of Sacred Heart Catholic Church, Southport, NC, and several aviation groups.

Per Gerry’s wishes there will be no memorial or funeral Service. Memorial donations may be made to Lower Cape Fear Hospice and Life Care, SOAR Southport-Oak Island Animal Rescue or charity of choice.

Condolences may be sent to www.brunswickfuneralservice.com.