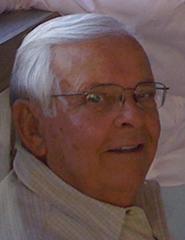 Harold Huffman Foley, retired United States Army 1st Sergeant, age 88, passed away on Sunday, February 5, 2017, with his loving girls by his side. Mr. Foley was affectionately known by everyone as Hal.

Hal joined the military out of high school, where he continued his college education. He retired after twenty years of honorable service in the United States Army. During his army career Hal served in many Korea and two tours of Vietnam.

Following his army duty, he had a second career with Love Chevrolet in Columbia, South Carolina, and then he retired to Ocean Isle Beach, North Carolina.

During retirement, Hal enjoyed many activities including membership of the Sandpiper Bay Golf Club and the St James Episcopal Church, where he served in various volunteer positions. Hal was an avid golfer and loved his South Carolina Gamecocks. Hal Loved spending time with his family and friends. He never met a stranger and was always ready to offer a helping hand. Everyone that knew Hal loved him.

Hal is preceded in death by his son Robert Neal Foley.

Mr. Foley will be honored by a full military service on Friday, February 10, 2017 at 2:00 pm at the St James Episcopal Church.

In lieu of flowers, the family has requested that donations be made to St James Episcopal Church, 4941 Main Street, Shallotte, North Carolina 28470.