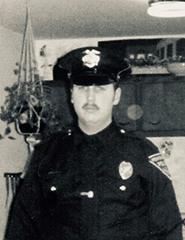 All friends and family are welcome to join Harry’s family in their time of need. Harry was born October 1st, 1949 in Red Bank, NJ to Harry and Lula Schwarz (both deceased). He graduated from Middletown, NJ High School in 1967 and from the Seagirt Police Academy in 1971. On June 4th, 1969, he married his high school sweetheart Jane Bochiaro(deceased).

Harry was a police officer with the Keansburg Police Department and then later the Pennsauken Police Department (both in New Jersey) in which he retired from in 2000. In 1991, he married his best friend and Soul Mate, Cherylann Faith Peplowski of Pennsauken, NJ.

He was an avid fisherman, hunter and motorcycle enthusiast. Harry spent most of his weekends fishing out on the ocean or bay. He also enjoyed his family, going to outdoorsman shows, and spending time with his children and grandchildren whenever he could.Harry is survived by his wife Cherylann Faith Schwarz, his two sons, Harry William Schwarz of Tampa, FL, Kendrick Stanley Schwarz and his wife Shelby of Southport, NC, his three loving daughters Jennifer Lynn Graber and her husband Paul of WIlliamstown, NJ, Kathryn Anne Gardiner, Laura Jane Lynch and her husband Brandon of Voorhees, NJ; 14 grandchildren, Paul, James & Vincent Graber, Victoria Gentry, Joseph and Jake Gardiner, Meghan, Madelynn, Elena, Addisen Schwarz, Kaulin, Kara & Cole Lynch and Maisie Schwarz along with his sister Margret Balsamo and several nieces and nephews.