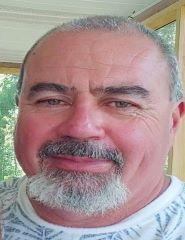 Henry Thomas Cole, age 56, passed away on Tuesday, May 31, 2022 in Beaumont, TX. Tommy was born Sept 14, 1965, in Glen Ridge, NJ, son of Henry Thomas Cole Sr, and Mary Miyoshi “Sally” Cole. A hard worker all his life, Tommy graduated from Cleburne TX High School in 1983 and enlisted in the United States Marine Corps, where he served 12 years. He was a Gulf War veteran, a drill instructor at Parris Island, a deputy sheriff in Brunswick County, and he later drove OTR (Over the Road) for Howard Trucking of Laurel MS and Beaumont TX. Tommy loved music, especially playing it, riding his motorcycle, and he was a history buff.