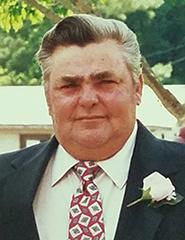 Born in Columbus County, NC on July 19, 1947 a son of the late Leo Smith and Eudell Babson Smith. In addition to his parents he was predeceased by his brother Jerry Smith. He was a retired farmer and member of the Big Neck Hunting Club.

Funeral services will be conducted at 11:00 am Monday, February 27, 2017 at New Britton Baptist Church by The Reverend Steve Nobles. Burial will follow in the church cemetery. The family will receive friends from 6:00 pm until 8:00 pm Sunday, February 26, 2017 at Brunswick Funeral Service in Shallotte.