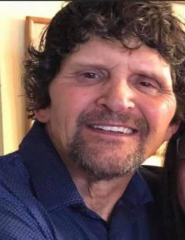 For the past fifteen years he was a valuable employee of Coastal Pool/PPM, Ocean Isle Beach, where he enjoyed working with his brother, Scott Walters. Jack was an avid Harley Davidson motorcyclist and he enjoyed cruising in his Mustang with his four-legged companion Bandit.

Memorial services will be conducted by Pastor John Chase at 11:00 AM, Saturday, February 29, 2020, at Brunswick Funeral Service, Shallotte. The family will receive friends for one hour prior to the service.