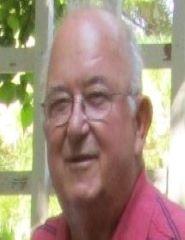 He was a U.S. Navy veteran and a retired Programmer for the IBM Corporation. He was an active member of St. Brendan, the Navigator Catholic Church where he served as a Cantor, and was instrumental in the church’s annual plant sales to benefit the Loaves and Fishes Food Ministry.

A mass will be celebrated on Friday, June 11, 2021 at 10:00 am in St. Brendan, the Navigator Catholic Church. Inurnment will follow in the church columbarium.

Memorials mayd be made to Loaves and Fishes of St. Brendan's Catholic Church or St. Jude's Children's Hospital.