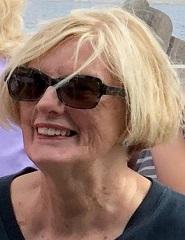 It is with deep sadness that we announce the passing of Janet Levins of St. James on September 21, 2021 at New Hanover Regional Medical Center following a short illness.

Janet was preceded in death by her parents, Charles and Janet Ruff and her husband, John Levins.

Janet was a graduate of Hunter College and Columbia University in New York.

Janet moved to St. James in 2001 after retirement as an Administrator with the NYC Department of Social Services. Janet was born on Staten Island, NY and lived in Manhattan for many years prior moving to North Carolina. After moving to St. James, she became active in the Service Club and the Vintage Ladies. More recently she was active in Liberal Ladies and the Southport NC Indivisibles. She was an avid N.Y. Yankees and N.Y. Giants fan, as well.

Janet leaves behind, to cherish her memory, her brother, Gary Ruff, sister-in-law, Betty Ann Ruff of St. James, and loving nephews, Kevin Ruff and wife Heidi, and Timothy Ruff, both from Scottsdale, AZ, niece Katie Irwin from Barryville, NY, two grandnephews and a grandniece, as well as many dear and wonderful friends.

To honor Janet’s wishes, there will be no memorial service. The family will have a private remembrance in the future.

“Grieve not, nor speak of me with tears; but laugh and talk of me as if I were beside you. For who knows but I shall be, oft times.” Isla Paschal Richardson