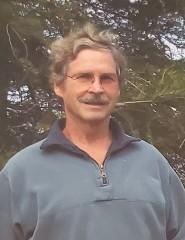 John Charles Dock, 79, passed away at home on Wednesday, May 25, following a brief illness.  John leaves his loving partner, Maureen, his six surviving children, James, John, Charles, Steven, Theresa (Wrobel) and Loreen (Lewis), his 20 grandchildren, 18 great grandchildren and his former wife, Kathleen Dock. His son, Paul, passed away several years ago. John was the start of a "Bakers Dozen" with his brothers and sisters.  His siblings, all twelve of them, will miss him greatly.

John was an avid hiker, an adventurous spirit, and an enthusiastic tennis player.  His engineering background led him to a successful career path with Ford.   His ability to map out a problem, assess it, diagram and implement a solution was recognized by those who knew him.

Service will be at a later date.

In honor of John donations can be sent to Little Sisters of the Poor, Totowa NJ. www.littlesistersofthepoortotowa.org.