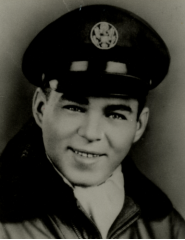 John Henry Oxendine,92, passed away at his home in Bolivia.  He was born August 25, 1928, in Robeson County, North Carolina, to Conley Oxendine and Bertha Oxendine. In addition to his parents, he was preceded in death by six brothers, six sisters, and his canine friends, Princess and Mitzi. He was a renown custom cabinet maker. He was passionate about his craft and continued building cabinets until well into his eighties.

Mr. Oxendine is survived by his sister, Ressie D. Castro, of Fayetteville, NC; his loving former wife, Janice Oxendine, of Bolivia; and many nieces and nephews.

Memorial services will be held at a later date.