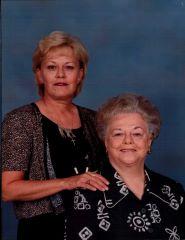 Joyce Marie McNair, 84, Shallotte, NC went to be with Jesus on October 16, 2019 after an extended illness.

She was born in Brunswick County, NC on November 17, 1934 to the late Zadie Williams and Ruth Pigott Williams. Ms. Joyce was the fourth of eight children including Lila Ruth, James Hearth, Henderson,  Milton, Legwin, Charles and Emma Jane. In addition to her parents, she was preceded in death by her husband Carroll B. McNair, and daughter, Ruth Ann McNair Grainger.

She was a member of Coastal Church in Supply, NC and held various careers including picking oysters, waitress, and cashier at the Village Pt. Mini-Mart.

Funeral services will be conducted from the graveside in Gurganus Cemetery on Tuesday, October 22, 2019 at 2:00 pm.