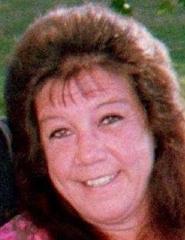 I became Karen Irene Timko’s Parish Nurse in May of 2017. She developed an infection after surgery for her 3rd bout of breast cancer. Karen’s favorite color was pink, and she wore it every day of the month in October. At the time that we met, Karen was a logistical technician at Sunny Pointe – where she reviewed the manifests & payloads being shipped overseas in support of our troops. It would be her last job.

Karen never really recovered from that summer of multiple falls, wounds that wouldn’t heal, friends that “lost track of her”, & a job that she could not return to.   Her deteriorating health gave new meaning to being vulnerable & alone. In Oct Karen began a 4 month hospital stay. In the spring of 2018 she lost her job, then foreclosure on her home, & finally had to declare bankruptcy.   2018 continued to be tumultuous with unstable housing & no income. We found out shelters did not take a homeless person who was impaired, & Karen couldn’t walk without a walker. To obtain disability with Social Security & the VA I found official advocates and plowed thru a lot of paperwork. One of her friends from work helped us apply for early pension payout. I would have been happy to have been granted only one of these income streams – But God Blessed us and gave her all three!

Over the course of time I learned that Karen had been a woman of startling & creative interests.

In her 14yr army career she was a weapons specialist with grenades & as a rifleman. Karen became the 1st female locomotive engineer in the US Army. And served in Desert Storm in logistical support. When they phased out the engineers, she moved into transportation logistics.

Karen had an Assoc degree in architectural design that found her designing the support beams & stain glass windows of St. Peters Sanctuary as well as many homes in the area. It was a source of her greatest pride & satisfaction that she had been a part of building/designing what was to become her church home.

Karen’s happiest years were her years in the military. Karen’s military life had given her some rough edges that many people found very difficult. Myself included. But I also found her to be unfailingly generous to those in need – even when she didn’t have enough for herself. In her healthy years, Karen was known for her hospitality; & getting an invitation to a dinner party in her home was prized by her friends.

Karen’s love language was cooking: for herself or others, she wasn’t picky – as long as she could cook. She often cooked for my family, & it was good! In 2019 her application was accepted to participate in her favorite TV cooking show competition in LA – “Master Chef”. But her poor health prohibited her completing that dream.

2020, 2021 & 2022 saw a gradual decline in health that does not need to be itemized here. But she was ferociously independent to the end – even when it made things so much harder than they needed to be. Self determination (having a say in what would happen to her) came second ONLY to her love for Jesus & what He did for her on the cross. Her home was filled with crosses she had collected for years. Every type & style imaginable. She use to say to me: “I love them all. When I look at them, I remember what He did for me & that I get to be with Him in heaven”. She would show unfailing kindness & inclusivity to those who served her: mailmen, garbage guys, door dash people, servers, service workers (plumbers etc); store help & cashiers & waiters/waitresses. She use to say: “They are the little people that everyone forgets”. In all that I tried to do for her & help her with, there was a great deal of frustration. But it was outweighed by the heartfelt gratitude she continually spoke over me.

Knowing Karen was a profound lesson in the dual nature of man:

Karen loved the Lord, but try as she might, she could not break free of the old habits & wounds that her choices had caused & the world had inflicted upon her. She marveled at being called a child of God. She battled every day with keeping her seat on the ‘clean & sober wagon’; keeping her chin up & doing all the maintenance her failing body required. She tried hard to do right.

Karen brought color into my life. I miss her already. & I will not forget her.