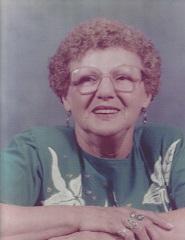 She was born in Poland on October 8, 1930 the daughter of the late a Friedrich Rodewald and Olga Rodewald; a daughter, Linda Kolander; a granddaughter, Lara Jacobs; three brothers, Sigmund Rodewald, Ervin Rodewald, and Adolf (Ed) Rodewald.

Mrs. Konarski worked in many professions, she called herself “Jack of all Trades.”

Retired from Tyton Corporation in Milwaukee, WI, after her retirement, moved to Minnesota, and later moved to North Carolina where she had be living here for ten years. She will be greatly missed by family and friends all over the United States, Canada, and Europe.

At her request no services are planned at this time.