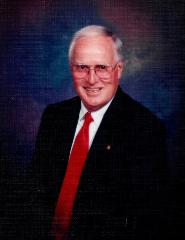 He was born on April 11th,1944, son of the late William B. and Carrie S. Grissett. He was a loving Husband, Father and Grandfather who had many noble achievements throughout his life.

Malcolm retired from ATMC after 33 years of service and later went on to serve on the Board of Directors for an additional 12 years. He was a member of Beulah Baptist Church and a past member of Old Shallotte Baptist Church, where he served as the Chairman of the Deacon Board. Notably, he was an Order of the Long Leaf Pine award recipient presented to him by Governor James Martin.

He went on to serve in several other positions of authority. He was a chairman of the Brunswick County Republican Party. He was appointed to the Board of Directors for the Governor Morehead School in Raleigh, NC as well as the Department of Social Services. He was instrumental in the foundation of the Grissettown-Longwood Fire Department, and went on to serve on their board.

Masks and social distancing will be observed.