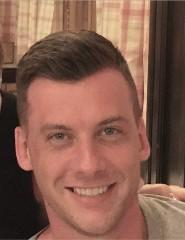 Marc Zelinsky, 39, of Sunset Beach, North Carolina, left this earth in a tragic accident while swimming in the ocean that he loved so much, and into the arms of his loving Heavenly Father on September 30, 2021.

He was born on September 25, 1982 in Beaver, Pennsylvania, and graduated from Beaver Local High School, Lisbon, Ohio in 2001.

Throughout his life, his strong, tough exterior could never hide his kind, compassionate, sweet spirit. His talents were many, and his extraordinary wit and sense of humor filled our lives with much joy and laughter.

He was preceded in death by his maternal granfather, Don Measel and his paternal grandparents, Matt and Virginia Zelinsky.

A private memorial service to celebrate his life will be held on the beach that he loved and will be officiated by Pastor Tony Phillips of Beach Assembly of God.