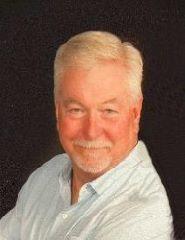 Mark Fowler Watson, 62, of Southport, North Carolina passed from this life to eternal life on Thursday, April 14, 2022 after a courageous battle with cancer. Mark was an accomplished career man, a successful athlete, and avid sports fan who cherished family above all.

Mark was born in November of 1959 to Laney and Claudius Watson in Raleigh, North Carolina. Born second to his brother Richard Watson, Mark grew up in Wendell, North Carolina where he met the love of his life, Amelia (Amy) Brashear Watson. Mark attended East Wake High School in Wendell, North Carolina where he starred as the quarterback of the football team and the pitcher and short stop of the baseball team. Mark received multiple honorable awards for his athletic accomplishments. Mark graduated and moved on to attend North Carolina State University, where he received a bachelor of science in engineering. Mark began his career working as an engineer, but with his outgoing, friendly personality, he later moved into a career in marketing and sales. Mark was honored to have worked for John Edwards Co. Inc. for 27 years, and continued his work as an accomplished packaging specialist through his final days of life.

Mark, a devoted man of Christ, was a member of St. Philips Episcopal Church in Southport, North Carolina at the time of his passing. Throughout his life, Mark served his church and the Lord through many endeavors including Vestry, Lay Eucharistic Ministry, Ushering, and the Episcopal Men’s Group. His relationship with the Lord gave him comfort and peace throughout his life and especially in his final days.

As a loyal member of the Wolfpack Club and Alumni Association, Mark enjoyed attending NC State sporting events with his family. He especially enjoyed talking about Wolfpack sports and watching football with his brother. He was a die-hard NC State fan and rarely missed a game and he fondly referred to them as the “Cardiac Pack”. Mark was also tremendously proud to have seen his children, Nick and Laney graduate from NC State.

Mark’s love for his family was beyond measure. He loved and cherished his wife, Amy, of 37 years. They had three children who were the light of his life: Maggie Grady (Zachary) of Knightdale, Nick of Wilmington, and Laney Andrews (Jacob) of Raleigh. Mark was proud to have to become a “Pop” to his first and only granddaughter, Cullen. Mark also loved animals and treated his pets as a part of the family. He is leaving behind many friends, as he truly loved everyone and never met a stranger.

Mark will be greatly missed. He believed every day was a cause for celebration, and requested that we honor his life in the same fashion—this Celebration of Life service will take place at a later date.