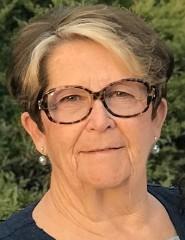 Patricia A. (Binasiewicz) Chlebowski-Eroh, 74, of Ocean Isle Beach, NC, formerly of Allentown, died unexpectedly Wednesday, September 11, 2019 in her home. She was the wife of Richard J. Eroh and the late William F. Chlebowski. Born in Reading, Berks County, February 9, 1945, Patricia was the daughter of the late James E. and Anna (Szaj) Binasiewicz. She was employed as the Director of Medical Billing for several medical offices in Berks and Lehigh Counties before retiring to her dream home at the beach. Patricia was a member of St. Joseph the Worker Roman Catholic Church, Orefield, PA.

A Mass of Christian Burial will be celebrated 11:00 am. Friday, September 20, 2019 at St. Joseph the Worker Roman Catholic Church, 1879 Applewood Drive, Orefield.

In lieu of flowers, memorial contributions may be made to the American Heart Association.