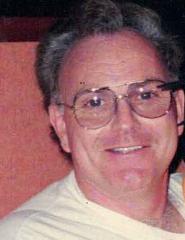 Peter was born and raised in Gloucester, MA to the late James and Cecelia (Ryan) O’Brien.

He shared 16 years with his wife, Diane (Poler) O’Brien. He moved to the Southeast around 1985 and lived in number of states, settling in Calabash, NC in 2015. Peter was a graduate of the Massachusetts School of Trades in1967. He spent 35+ years working as a forklift technician for a number of companies including Yale, Raymond, and Barloworld (Hyster). Before his retirement in 2015, Peter worked for eight years as an equipment analyst for CJK Services, Inc. of Lawrenceville, Georgia.

Peter enjoyed working with his hands and remodeling homes. He loved to be with his dogs and spent several years in his youth helping to raise and train racing greyhounds.

The family would like to thank the nurses and staff of Autumn Care of Shallotte for their loving care of Peter.

At this time, there is no memorial service planned.

Contributions in his memory can be made to the Alzheimer’s Association at https://act.alz.org.