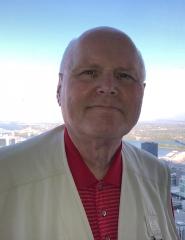 Peter Michael Donawick (Mike) died Saturday, March 14, 2020, at his home in Sunset Beach, N.C. He was 71 years old. Mike was born in Detroit, Michigan. He attended Crestwood High School, Hope College, Arizona State University and ASU School of Law. Mike was a decorated veteran who served in the Marine Corps during the Vietnam War. After completing his education he worked as a Deputy County Attorney in Yuma County, Arizona and then decided to continue his service as an attorney in the U.S. Army Jag Corps. Following military service he worked for the General Services Administration in Washington, D.C. and spent ten years as an Appellate Attorney for the U.S. Department of Veterans Affairs before retiring. Predeceasing him are his parents, Peter and Lucille Donawick and his brother Stephen Robert (Bob) Donawick. Mike is survived by his loving wife of 37 years, Margaret (Peggy). He is also survived by his children: Suzanne Donawick Mishler (Ken), Robert (Bob) Donawick, Michael Donawick, Angela Donawick Martin (Giovonni), step children Michael Marcellin (Leigh-Anne) and Lauren Marcellin Bell (Deakin) and grandchildren Eric Donawick, Kevin Donawick, Derrick Reutebuch, Colette Marcellin, Alec Marcellin and Madeleine Bell. Also brother-in-law and sister-in-law Tom and Margie Knight, sister-in-law Ann Donawick, as well as many nieces and nephews. Service and burial for Mike will take place at a later date at Arlington National Cemetery. The family asks that memorial donations be made to: Semper Fi Fund (semperfifund.org) 825 College Blvd. Suite 102, PMB 609, Oceanside, Ca. 92057. On line condolences may be sent to www.brunswickfuneralservice.com