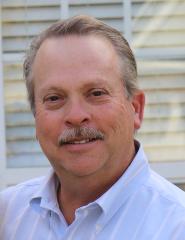 Reverend Randall William Morrison, 61, of Sunset Beach, NC passed away on October 4, 2021. Born in Guilford County, NC on October 13, 1959, he was the son of the late Roderick Lee Morrison and Ebba Jo Frye Morrison.

Randall was patient, selfless, and genuine with the biggest heart.  He was a man of dignity and integrity, but most importantly a man of God.  In all things he did, his love for the Lord and the desire for others to know Him was paramount.

Randall began his educational career at Montreat Anderson Junior College where he played middle infield and met his future bride, Sharyn. He then transferred to Appalachian State University where he continued to play ball and obtained his Bachelor's Degree in Finance.

Shortly after graduating, Randall married the love of his life Sharyn. They celebrated their 40th wedding anniversary on August 29. Sharyn was his pride and joy.

Randall took tremendous pride in his role as the Pastor of River of Life Baptist Church and loved being a service to his community. He spent his "spare" time officiating high school football, playing golf, being with friends, and cheering on Florida State. More importantly he cherished the time spent with his family.

A celebration of life will be conducted on Saturday, October 9, 2021 at 11:00 AM at River of Life Baptist Church, officiated by his nephew, Jordan Rowan.

The family will receive friends from 9:00 AM until 11:00 AM prior to service.