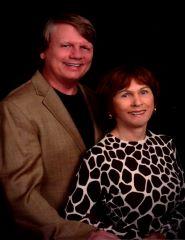 Born in Winston-Salem, NC on June 25, 1947 to Roland Dossitt Bowling and Arnol Setzer Bowling, Randy graduated from James A. Gray High School in Winston-Salem in 1965. He attained a B.S. in Science in 1969 and a Master’s Degree in Physics from NC State University in 1971.

Randy worked as a computer engineer designing mainframes for military and government applications with Hewlett-Packard and General Electric.

Randy’s passions included fishing, boating, master wood-working, music, and shag dancing with his wife and soulmate Sula “Sue” Foscue Bowling.  Randy and Sue were fixtures in the shag dancing community of North Myrtle Beach, having danced and taught lessons in the area since 1991.  Randy was fortunate to have an extensive network of shag friends that he considered family.  In recent years, Randy reconnected with his musical spirit and lived out his dreams of performing professionally and recording his original music in Nashville as a guitarist and vocalist with his band, Southside Drive.  He lent his musical gifts to his beloved church, Seaside UMC as a follower and church choir member.

Due to the pandemic, no local services will be held.